Meanwhile, trainer Anthony Freedman says he is happy with the progress of Everest contender Santa Ana Lane (Lope De Vega-Fast Fleet, by Fastnet Rock) after the triple Gr1 winner ran second to stable-mate Shoals in an 800m trial at Cranbourne on Tuesday morning. Stablemate Santa Ana Lane, who will represent slot-holder Inglis in the $13 million The Everest (1200m) at Royal Randwick on 13 October, will launch his spring campaign in the Group 3 The Heath (1100m) at Caulfield on 1 September. “We rode him more aggressively this morning. I wanted him to do a bit more work than he did here a couple of weeks ago," Freedman told racing.com. “It's not the way to ride him, we know that, but he got a good bit of work into him. I was actually very happy with his trial because the ground wouldn't have suited either, but I think he's coming up really well. I think he's held his form from Queensland.” Santa Ana Lane has not raced since winning the Gr1 Stradbroke Handicap (1350m) in June. 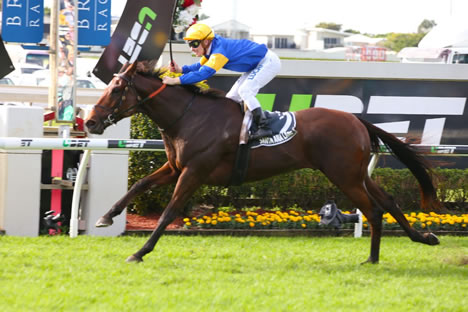