For a country obsessed with sprinters, most of Australia’s richest races are over stamina distances. Wayed Zain represents a bargain priced opportunity for breeders who want to target these races, with the additional knowledge that this classically pedigreed stallion had racetrack ability.

Wayed Zain only made five raceday appearances in the spring of his 3YO season, winning two of them, before injury cut his career short. In those few starts, Wayed Zain illustrated enough talent that breeders can go to him with confidence.

By High Chaparral – whose first crop included the Gr1 winners So You Think, Shoot Out, Monaco Consul and Descarado – Wayed Zain is one of many talented colt by this English and Irish Derby winning stallion. High Chaparral showed his huge heart in his racing career, and he passed that on to his progeny with 100+ stakes winners around the globe.

If you want to breed a classic type of horse on a small budget, Wayed Zain has the pedigree for you, with the added bonus of racetrack talent. Offering afordable access to superior bloodlines, Wayed Zain's first foals have his looks, scope and temperament. 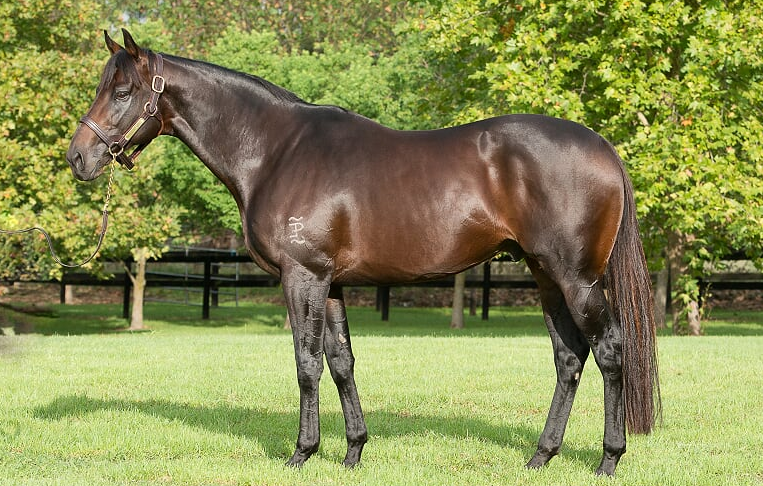 Wayed Zane is bred in the purple
3rd Season