Breeders on tight budgets are often asked to compromise on either bloodlines or performance. There is a strong argument that a horse like Skyclad offers the perfect compromise – he is a speedy 2YO winning son of champion sire Snitzel, and showed enough promise in his raceday efforts that broodmare owners can see he had the potential to get black-type without the cost factor that would have gone with it.

Skyclad ran third on debut as an early 2YO over 1100m at Randwick in December of his 2YO season, then came back to the same track and distance in the autumn to win impressively. After that win, trainer Gerald Ryan said, “I reckon he has good ability. He has always shown good ability from the start, the owners bred him and retained him. He is a good-natured horse and he just does everything right and works well when you want him to.”

Unfortunately, Skyclad wasn’t to go on with it, placing once more as a 2YO, before two outings as an early 3YO, but his potential means an opportunity for breeders searching for value.

Skyclad’s sire Snitzel needs no introduction as he is about to collect his third Australian Champion Sire title in 2018/19 to go with 2016/17 and 2017/18. Sire of 90 stakes winners, as at July 2019, Snitzel has gone from headline to headline with his highly sought after stock. Skyclad, being a homebred, didn’t go through the yearling market but many other Snitzel yearlings have and have commanded big money. Snitzel’s first sons have only recently gone to stud, but with the likes of Shamus Award already leaving a Gr1 winner, the signs for the future are looking exciting.

Skyclad is out of 2YO winner Loulou, a daughter of Gr1 winner and top sire Strategic. Loulou has been a solid broodmare, leaving five winners from as many named foals, and she is from the family of dual Gr1 winner Enzo’s Lad (currently representing New Zealand in England), as well as stakes winners Chakvetadze, Patpong, and Rouquin.

A city winning 2YO by a champion sire from a consistent local family, Skyclad offers excellent value for the discerning breeder. 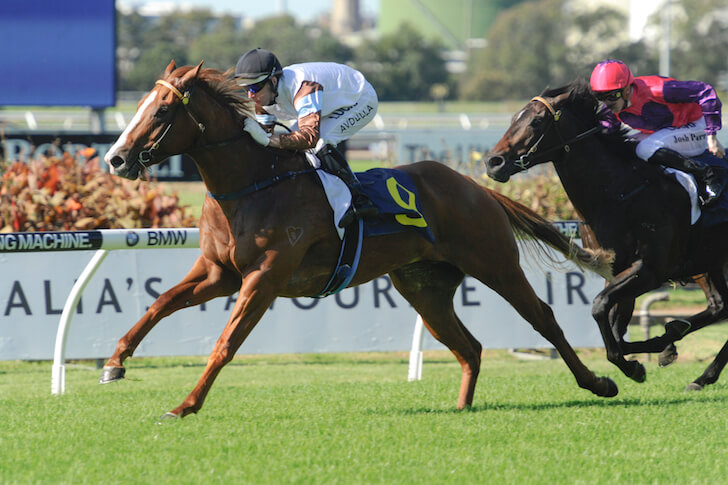