A fast and precocious two-year-old trained by Gai Waterhouse and Adrian Bott, Santos was a winner at the spring juvenile trials before making his debut with a good third in the Listed ATC Breeders Plate behind Performer and Bondi.

A son of the record-breaking, Champion sire I Am Invincible, Santos returned in the autumn with an easy victory in the $150,000 ATC Pierro Plate at Royal Randwick and then booked his place in the Gr.1 ATC Golden Slipper (1200m) with a tenacious win in the Gr.2 ATC Skyline Stakes (1200m), with the defeated brigade including the Gr.1 performer Zousain.

The Skyline traditionally attracts a high-class field of colts and has been a great race for producing future stallions with past winners including Snitzel, Choisir, Hinchinbrook and Manhattan Rain, the sire of Golden Slipper winner She Will Reign.

Bred by Emirates Park, Santos comes from one of their most successful families being a half-brother to Japanese Gr.3 winner Melagrana from a half-sister to Group winners Mutawaajid, Adeewin and Fatoon, the dam of Gr.1 ATC Epsom Handicap winner Fat Al.

Completely free of Danehill blood, Santos has the good looks, natural speed and quality that are the hallmarks of his famous sire I Am Invincible, so will surely have wide appeal to broodmare owners this spring. 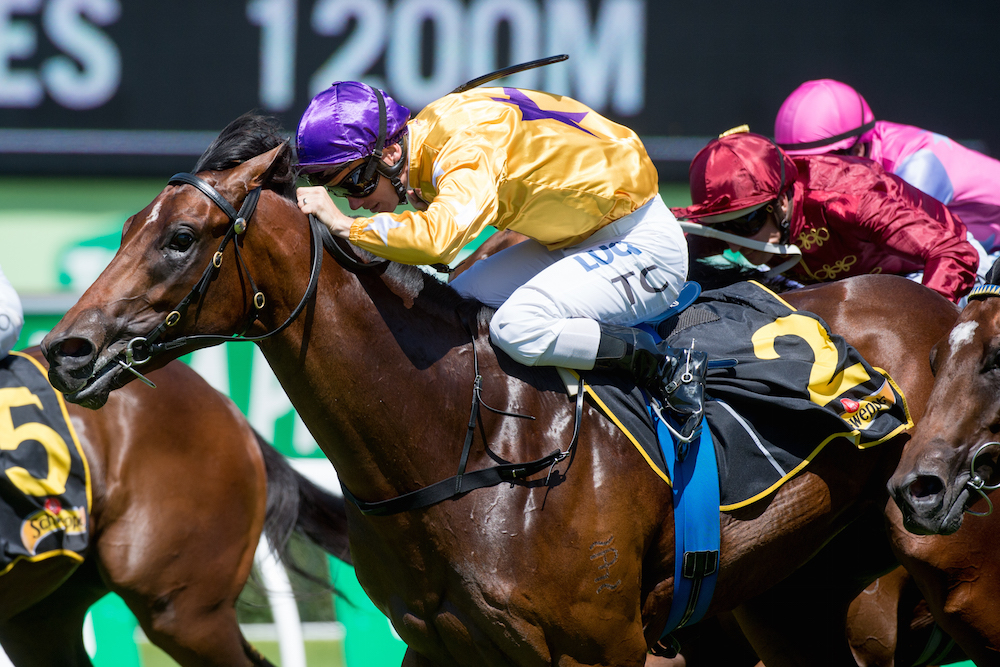