Successful on his racetrack debut over 1000m, the lofty opinion of Lean Mean Machine saw the colt only ever contest black type races from the point on.

Third in both the Gr.3 ATC Kindergarten Stakes (1100m) and the Gr.3 GCTC Ken Russell Memorial Classic (1200m) at his next two starts, the impressive son of Zoustar then claimed the Gr.2 BRC Sires’ Produce Stakes (1400m), in a time quicker than his very own sire, when defeating his stablemate Zousain.

Ending his juvenile season out of the top three just once in five starts, the colt resumed for his three-year-old season in the Gr.2 ATC Run To The Rose (1200m) with a stunning, late bust victory over Graff, Jonker and Zousain.

Two starts later in the Gr.1 VRC Coolmore Stud Stakes (1200m) down the Flemington straight, Lean Mean Machine finished third behind the fellow Aquis Farm part-owned filly Sunlight, giving his sire a history-making one-two-three victory, when finishing ahead of Champion 2YO Colt Written By and the Gr.2 winner Encryption.

Out of the Listed-winning Falvelon mare She’s Meaner, herself a daughter of Gr.1 winner She’s A Meanie, the stunning colt retires as the only dual Group winning son of his Champion First Season Sire and Leading Second Season Sire, as well as being the second highest Timeform Rated colt by his sire at both two and three. 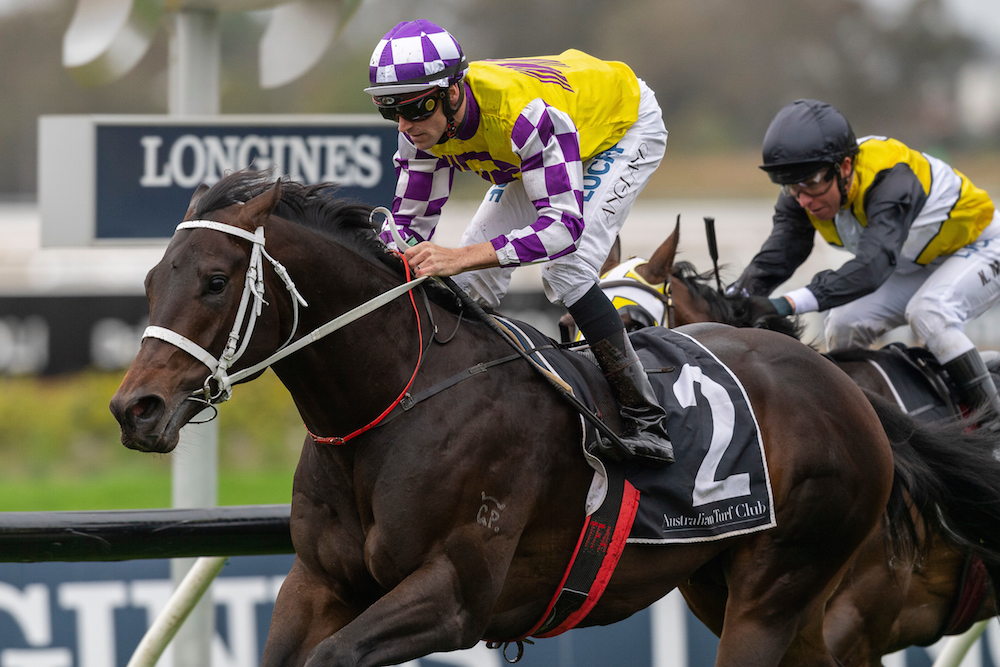