He's the young sire that ticks all the boxes!

Pure Speed - He's bred for Pure Speed being by a Gr.1 Newmarket Hcp winner, out of a Gr.1 Oakleigh Plate winner.

Early 2yo - He had early 2YO speed, winning on debut in December of his juvenile year before going on to win the Gr.2 Silver Slipper as a 2YO.

Trained on - He was then one of only a few to go on as a 3yo and defeat older horses at Stakes level inc. subsequent Gr.1 winner The Quarterback when victorious in the Kensington Stakes, a sprint down the Flemington straight.

Type and conformation - He is an impeccable type, retired sound, and fetched half a million dollars as a yearling.

Big books - He's been well supported at stud and has covered full books in his first three seasons at stud. His exceptional conformation has bred onto his progeny, which keeps breeders coming back.

Breeding on – It’s been noticed in the sale rings that he is passing on his good looks. At the 2018 Inglis Weanling Sale he fetched the top price for a first season sire with his colt from Manju ($75,000). At the 2018 Magic Millions Weanling Sale his colt from The Carnival made $170,000. In 2019 his first yearlings averaged almost 6x covering fee at the Magic Millions. At the 2019 Inglis Classic yearling sale Headwater topped first-season-sire aggregates with $1.36 million to his name during Book 1.

First crop - His first 2YOs will hit the track this spring and reports from breakers, pre-trainers and trainers have been nothing but positive already. “The Headwater filly we have is very forward and a ready-made racehorse. She has done quite a bit of work already in our Caulfield and Warwick Farm stables and is handling things very well.” David Eustace – trainer at Ciaron Maher Racing.

There’s no doubt that this exciting young son of an Australian Champion Sire has a big future. 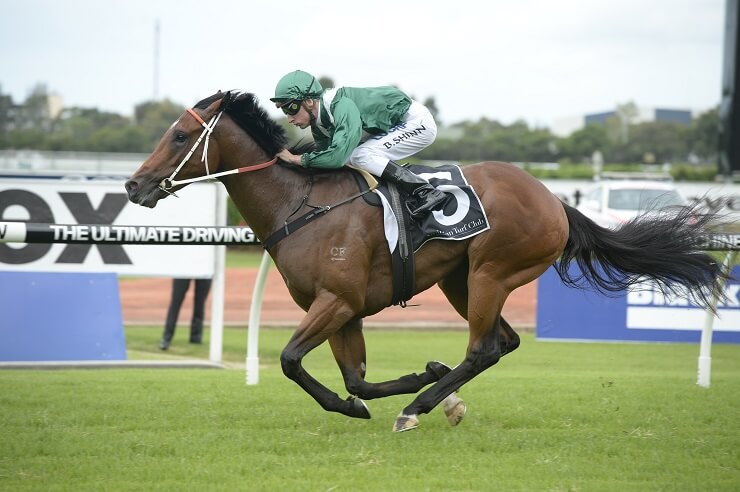