A record-breaking world Champion sprinter, Harry Angel is an exciting addition to the 2019 Darley stallions roster and will stand the forthcoming southern hemisphere breeding season at Kelvinside in the Hunter Valley. The best by Dark Angel, Harry Angel offers huge appeal as a splendid outcross option for many local mares.

Harry Angel began his stud career earlier this year at Dalham Hall Stud in Newmarket as the highest-rated sprinter to retire to stud in Britain for more than 30 years. He has already proved extremely popular in the northern hemisphere and was oversubscribed during his first season.

At two, Harry Angel broke his maiden in the Gr2 Mill Reef Stakes, earning a rating 9lbs superior to his sire Dark Angel’s achieved in the same race.

In a dazzling season at three, Harry Angel won the time-honoured Gr1 July Cup and the Gr1 Haydock Sprint Cup (taking the latter by the widest margin in recent history) and a race made famous by Danehill; other winners include Dayjur, Polar Falcon, Royal Applause, Diktat, Invincible Spirit, Dream Ahead, and Gordon Lord Byron. Other recent July Cup winners and good stallions include Dream Ahead, Starspangledbanner, Oasis Dream, and Anabaa.

Harry Angel raced on at four, to win at Gr2 level and run second in the Gr1 British Champions Sprint (to Sands of Mali). With a track record over six furlongs under his belt in the Gr2 Sandy Lane Stakes, Harry Angel looks like the perfect sprinting type for the Australian market.

Out of the wonderfully named Beatrix Potter, Harry Angel is one of two winners for the young half-sister to dual Gr1 Hong Kong Champions Mile winner Xtension, a name familiar to Australian breeders and buyers. Beatrix Potter is also a half-sister to stakes- placed A Huge Dream, the dam of stakes-winner Mrs Gallagher. This is a young family on the move, and owners will have man choices for names given the literary connection. 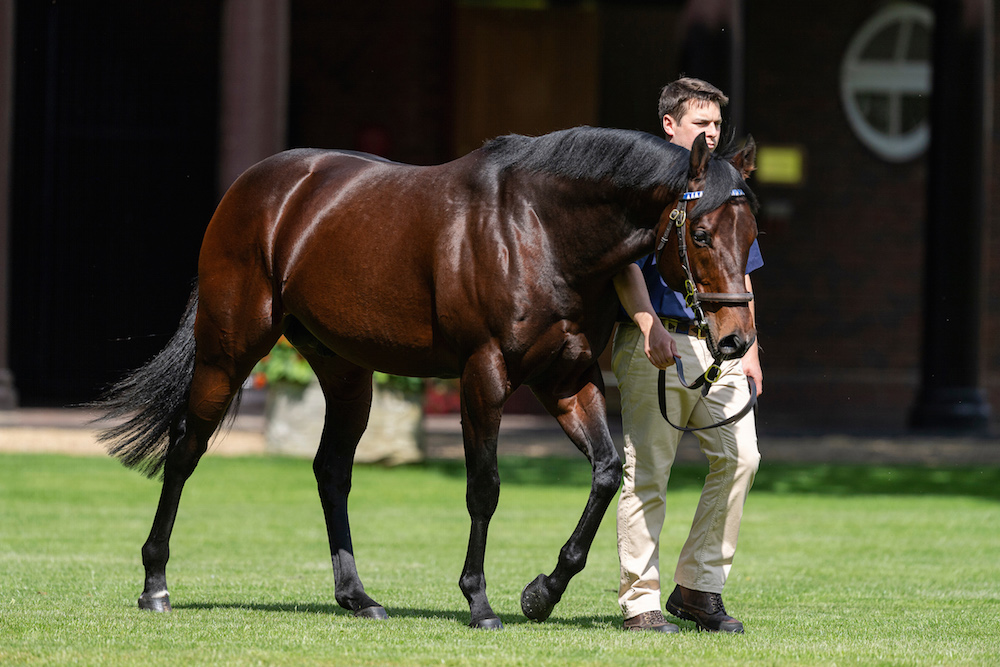