As a strikingly handsome son of the great Redoute’s Choice (already responsible for 10 Group 1 sires), and closely related to champion sire Dansili, Scissor Kick had plenty going for him before he stepped onto the track. After a city 2YO success he progressed immediately to claim the ATC Rosebud H. LR and ATC Up and Coming S. G3, before a heart-stoppingly brave second to Hallowed Crown in the ATC Golden Rose S. G1, his fifth start.

An even more impressive version of Scissor Kick returned for his Autumn campaign and after his sparkling ATC Eskimo Prince S. G3 victory – defeating subsequent Group 1 winners Delectation and Kermadec - trainer Paul Messara said, "He's outstanding, always has been right through. This is as good as any horse I've ever had." That’s quite a statement from the trainer of multiple international Group 1 winner Ortensia and Alverta (STC Coolmore Classic G1 and 3rd, Newmarket July Cup G1).

An ill-timed virus denied Scissor Kick his place in the Royal Randwick Guineas G1 field, but he recovered to run fourth in the ATC All Aged S. G1 behind Horse of the Year Dissident, Wandjina and Champion Sprinter Chautauqua, a bare length from the winner. Scissor Kick’s 3YO Timeform rating of 121 ranks him the equal of Dissident & Hinchinbrook, and above Merchant Navy & Russian Revolution at the same age. 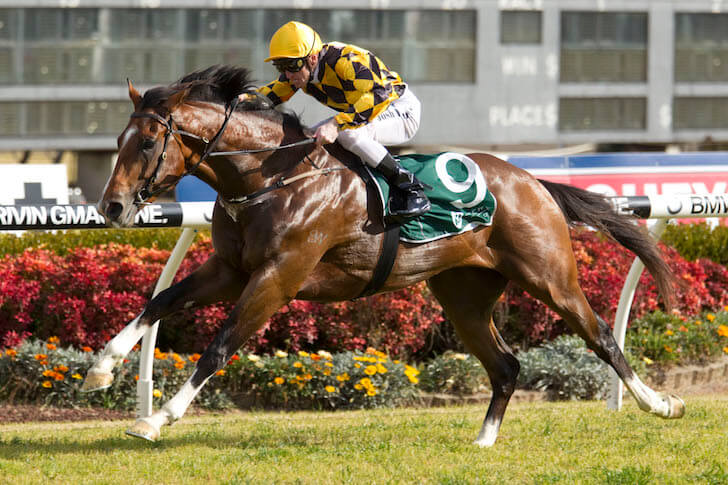