Vinery Stud's Champion NSW 3yo Colt, Press Statement was the only colt of his generation to win at Group 1 level as a 2yo and 3yo. Famed for his talent over a mile, he is only the 4th horse in history to win the Gr.1 mile double of the J.J Atkins S. and the Caulfield Guineas, putting him in company with the greats Mahogany and Luskin Star.

Press Statement remained undefeated throughout his two-year-old season starting with wins at Canterbury and Rosehill before travelling north for the Brisbane winter carnival.

Trainer Chris Waller threw him in at the deep end for the Gr.1 JJ Atkins Stakes (1600m) and the colt confirmed his class when an easy winner at Doomben. “He’s very talented,” Waller said. “I trained Zoustar and Brazen Beau who both ran second in this race.

“I believe Press Statement is a better horse than Zoustar and Brazen Beau were at the same stage. He fits the mould as a super-star colt.”

Press Statement returned after a short spell to toy with his rivals in the Gr.1 Caulfield Guineas as a spring three-year-old. "This horse is a star," jockey Hugh Bowman said. "I had to ride him a bit out of his comfort zone but his class came to fruition."

Apart from his race record, where he retired sound with 6 wins from 1000-1600m, Vinery general manager Peter Orton said Press Statement is an outstanding individual. “He’s the first son of Hinchinbrook, who is a half-brother to Snitzel, to go to stud and that is an important element from a new stallion prospect.

"Press Statement was unbeaten at two and the dominant winner of the Caulfield Guineas in the spring, which is acknowledged as a stallion-making race. With his Group 1 record and physique we believe he has all the necessary attributes to succeed at stud. He is right up there as one of the most desirable young stallions in the Hunter Valley.”

Breeders flocked to Press Statement in his first two years and he was well supported with high quality mares. The response to his first weanlings in 2018 was also positive and encouraging.

His first weanling to sell in NZ, at the Karaka May sale was a colt from Bearish who made $85,000. Next his first crop were seen at the Magic Millions National Sale, where Press Statement had two sell for $110,000, a filly from Meridian and a colt from Purcentage. With the good judges; Slade Bloodstock, Aquis Farm, JR Thoroughbreds, Bluegrass Bloodstock, Simon Miller Racing, Mulcaster Bloostock etc. buying weanlings, excitement mounts ahead of his first yearlings selling in 2019. 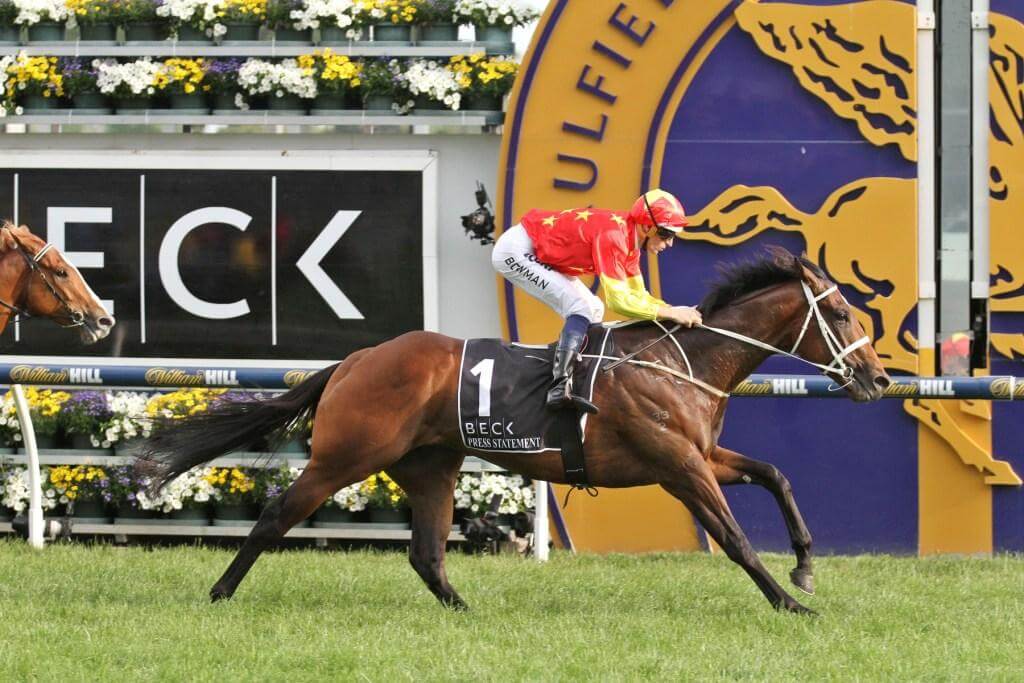