With an unforgettable name, striking colt Bondi was purchased for $400,000 at the Magic Millions Gold Coast Yearling Sale by a collective of some of the leading judges of conformation from around the world. Underpinning his obvious quality, John Singleton’s Strawberry Hill Stud retained a share in the son of multiple Champion Australian Stallion Snitzel.

Trainers Peter and Paul Snowden knew early on that they had an exciting, precocious juvenile on their hands, sending Bondi to the races seven times during his 2YO season. One of those was the early Spring stallion-making Breeders Plate where he finished a close runner-up in a high class field. Previous winners of the race include Capitalist, Vancouver, Pierro, Smart Missile, Snitzel, Charge Forward and Choisir, all seriously commercial sires.

Brought back in the Autumn, Bondi placed in the Gr3 Black Opal Stakes behind future Gr1 Oakleigh Plate runner-up Encryption in a luckless run that denied him a start in the Gr1 Golden Slipper. When subsequently given his chance at the elite level, he ran a slashing second to exceptional filly Seabrook in Royal Randwick’s Gr1 Champagne Stakes (1600m) – another race acknowledged as a source of good future stallions.

Times don’t lie, and Bondi’s slick 56:95 over 1000m and equally fast 1:34:55 in the Gr1 Champagne Stakes are the signs of a highly talented young colt. Despite his precocity, Bondi continued to step up as a 3YO, running a sensational race in a sizzling renewal of the Magic Millions 3YO Guineas at the Gold Coast, splitting Boomsara and Outback Barbie where noses separated the first three home (see image). He stopped the clock for the 1400m at 1:21:15.

At his final start in the G2 Hobartville Stakes, he finished 2.2-lengths 3rd to five-time Gr1 winner The Autumn Sun. He sustained a tendon injury in running and was subsequently retired. In only 12 starts, Bondi had proved he was a colt of the highest quality.

His pedigree is without fault. He is by the all conquering sire Snitzel and will retire to stud the same year as Trapeze Artist, and one year after another high class colt, Russian Revolution. Snitzel is only beginning his journey as a sire of sires. His success in this sphere is virtually guaranteed, with more high class colts undoubtedly to follow.

Bondi’s dam, Bondi Blonde, a half-sister to two Gr1 performers, is by the immensely successful sire Red Ransom who has proven to be a very reliable broodmare sire, with his daughters having already produced 125 stakes-winners worldwide. 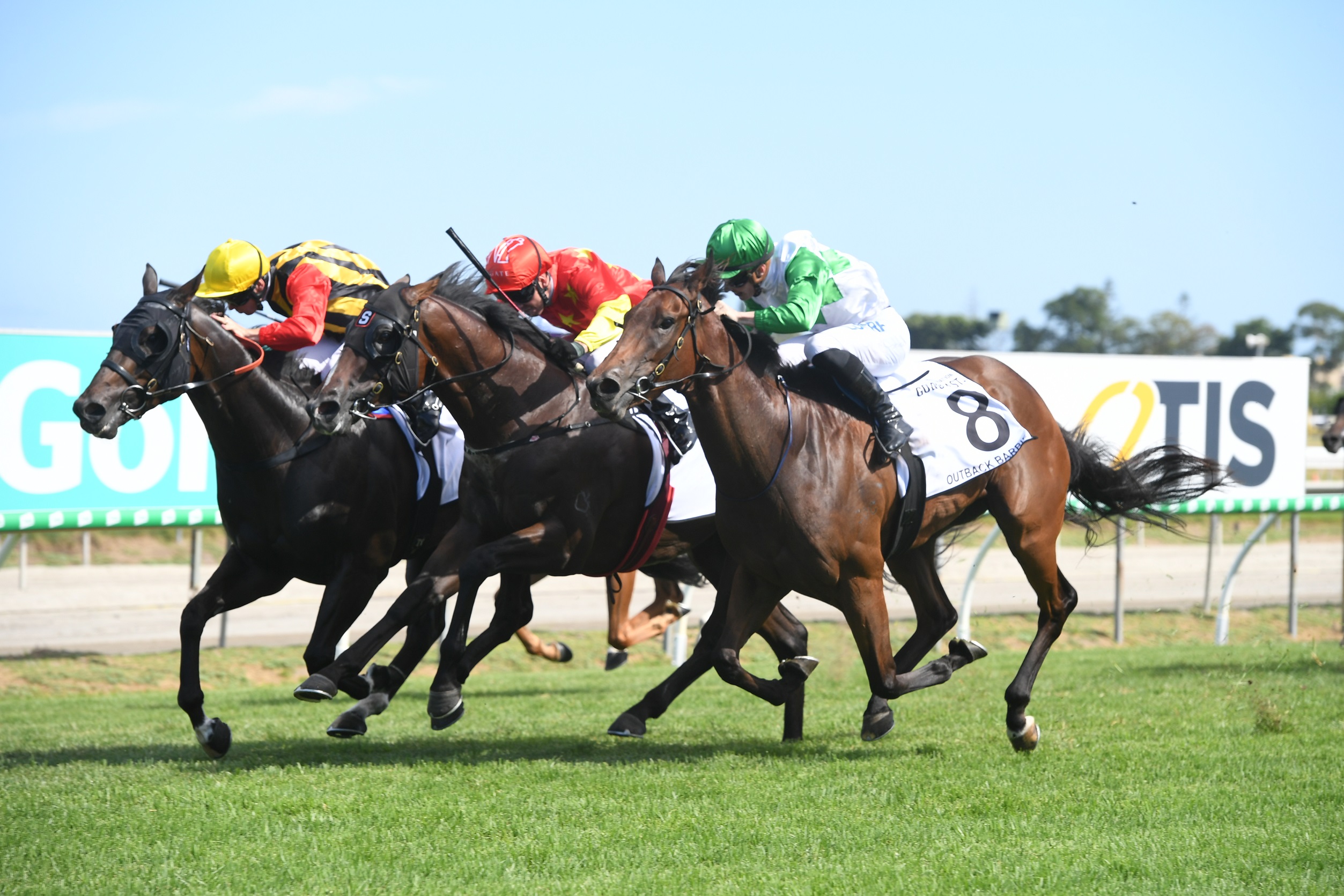