Not many stallions have won two Group 1 races in their first three starts – no other stallion at stud in Australia in fact.

One of the best American two-year-olds of the last decade, Spendthrift Australia is proud to introduce Bolt d’Oro (USA), a multiple Group 1-winning millionaire son of Medaglia d’Oro (USA) to the 2019 roster.

Bolt d’Oro struck a cord in his juvenile season with three emphatic victories.

After capturing his debut, Bolt d’Oro jumped into Group 1 company to win the G1 Del Mar Futurity and then claimed the G1 Frontrunner Stakes by 7 3/4 lengths in his third start. In doing so, Bolt d’Oro established himself as the only multiple Group 1-winning two-year-old colt from his crop in North America.

With his back-to-back Group 1 wins, Bolt d’Oro retired to stud as Medaglia d’Oro’s most accomplished two-year-old colt ever in the northern hemisphere.

Bred in Kentucky by WinStar Farm, the precocious galloper was a US$630,000 Saratoga Select yearling. He is by a proven outcross sire with a powerful ability to sire high-class two-year-olds, and he is completely free of Danehill or Danzig blood.

Out of the winning A.P Indy mare Globe Trot, all three of her progeny are stakes winners. 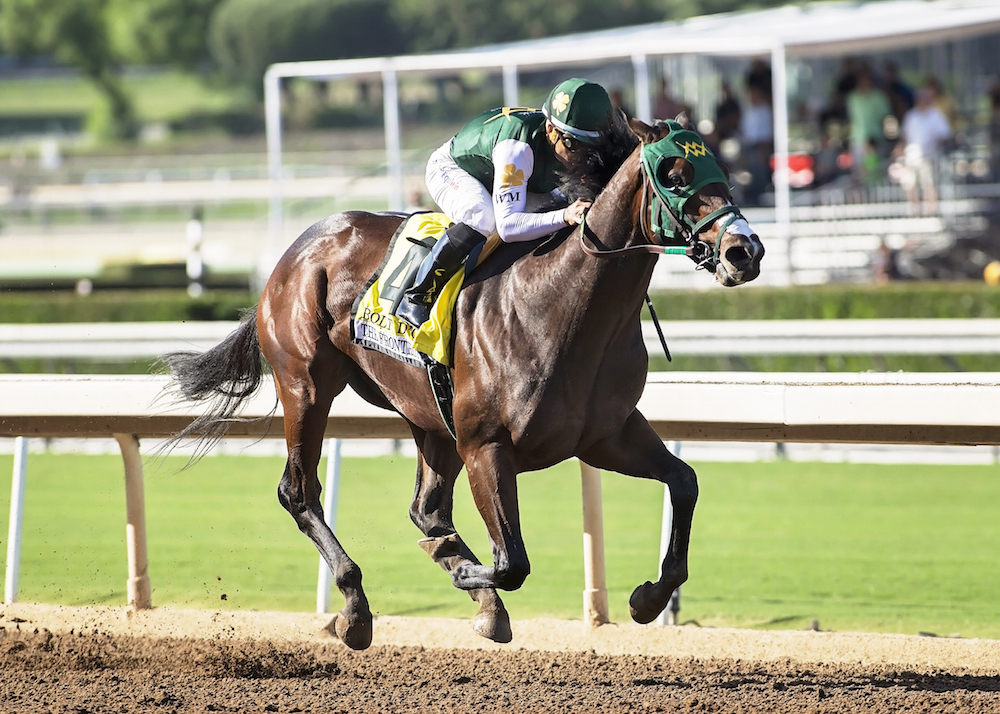