An explosive son of leading speed sire Written Tycoon, Written By displayed his precocity by winning his first four starts in succession highlighted by a dominant three length victory in the Group I MRC Blue Diamond Stakes (1200m).

Physically, Written By is an awesome individual. Strong, imposing and perfectly built for the Australian conditions & commercial market.

Not since Pierro in 2013, has an Australian Group I winning 2YO retired to stud that is completely free of Danehill blood ensuring Written By is as a beautiful outcross to the many Danehill/Danzig line mares in the southern hemisphere. 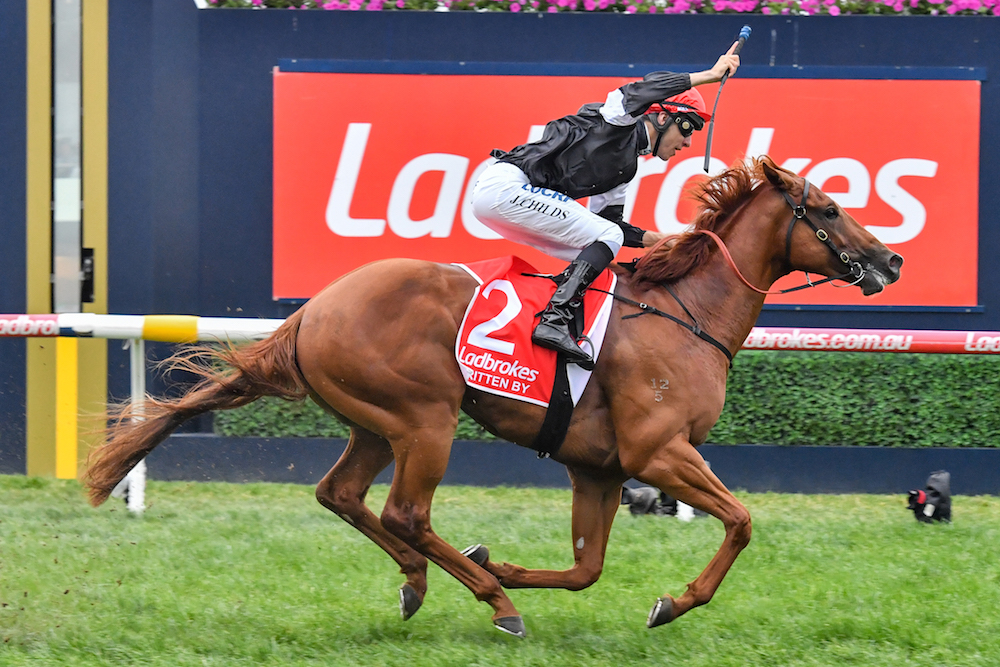 Written By romps home in the Blue Diamond
1st Season